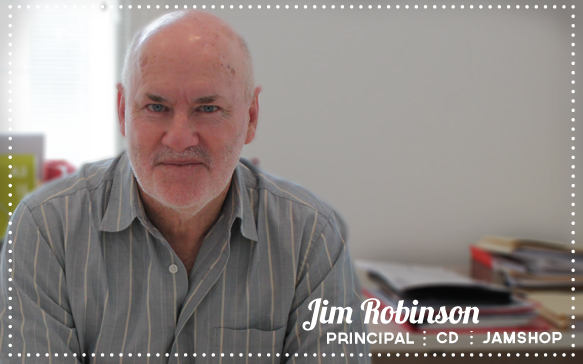 How did you end up pursuing a career as a copywriter?

I spent some time working for the Commonwealth Bank, which included traveling to New Guinea. When I came back to Adelaide I was really interested in marketing, there was a marketing department in the Commonwealth Bank, but it was in Sydney. So I found myself as the Marketing Assistant in Adelaide instead and that opened my eyes to some of the things that were happening.

I also wrote a musical and performed it during the Festival of Arts and produced the whole thing with another guy called Dave Flanagan, who is a comedian. One day my parents saw my photo on the front of the paper with Dave Flanagan and said, ‘Is that what you’ve been doing?’

These experiences then lead me to become a copywriter at 5AD. A radio guy and a wonderful mentor of mine called Street Remley was the Creative Director of Young and Rubicam, Adelaide. Street saw me at 5AD and he use to give me some freelance work. I’d also write jingles after work. One day I just decided that I’d like to do this as a job and I got offered a job at Y&R because of the freelance work I had been doing. That’s what got me into the advertising industry and it was a progression of different jobs from then on.

Why does it seem like people in advertising tend to move around?

I think it’s a yearning to do something a bit different.

The industry was changing at that time and if you won awards and you did something worthwhile you would get noticed and you’d get headhunted. So there was lots of talk, it was a new industry and we were just starting the Adelaide Art Directors Club. That was a long time ago and I guess that a lot of people just use to shift around and every job meant you’d get a little bit more recognition. I don’t think I have stayed in a job for longer than two years. The longest job I had in advertising during that time was my own business ‘The Jim Robinson Company’ which started in 1983 and I spent six years in that business.

Even though I have moved around there was one thing that I was always passionate about and that was the
creative work. 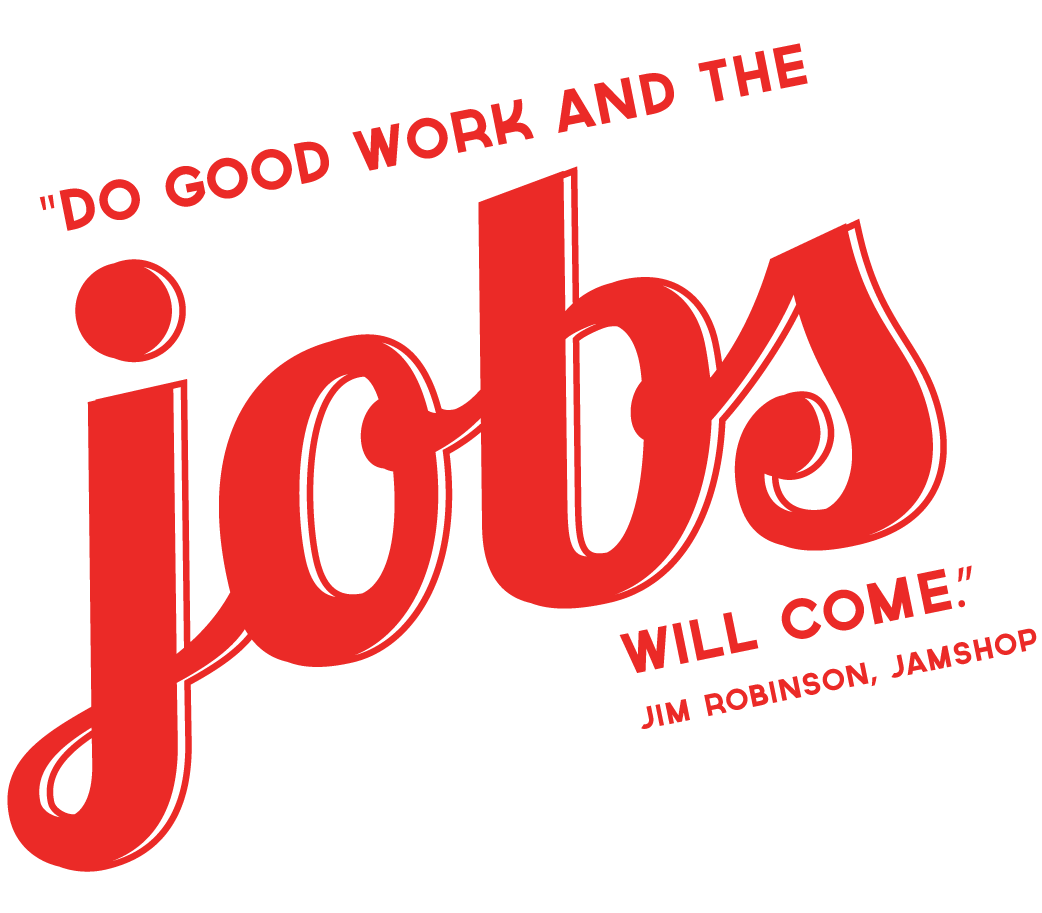 When you were starting out did you do anything particular to continue to improve your copywriting skills?

When I understood what copywriters did and what they could do I use to look at Award books and look at the work of people like David Abott who is a fantastic writer. He was held up as an example of great copywriting whether it was long copy or just being able to hold a person on the page. It was always intriguing to me in how they were able to do that. I use to examine everything that they did and try and find ways of getting that into my work, as well as finding a style for myself. It was that passion to just do things that would hold people on the page in the written word that really drove me. My goal was to be the best copywriter in Adelaide. My next goal was to be the best copywriter in Australia.

I remember some advice you gave me a while ago, which was to attach myself to a star and learn everything I can. How do you go about this?

When I say attach yourself to a star, this comes from a conversation I had with Mike Wilson, that there are people that will give to you without any conditions attached to it, and we’ve tried to do that. We’ve tried to do this on a number of occasions, to just give someone a hand and a leg up, but the opportunity and the work has to be here as well to be able to do this. Its unfortunate for people who show passion because as much passion as they show for the industry it still doesn’t change the fact that there is no jobs there. It’s a big issue in our industry and we need to try and create those places and those opportunities and its one of those things that Peter Joy and I hold very dearly.

The form of help could come as work experience or it could be the occasional brief, or getting someone in to work on a project and seeing if that actually turns into something. There are no certainties in this business, and the certainties that use to be there have gone. 10 years ago, when you won a piece of business, you could be well assured that you’d have that business for a while, as long as your serviced it, came up with great ideas, looked after the client and continued to build a relationship. Today, a lot of businesses are questioning what value they are getting, how ideas could help them and they don’t understand the process of ideas or creativity. A lot of them are saying it’s a commodity, I need to buy it but I need to get results from it. It’s a bit of a hard ask because there’s not that certainty of we have this account and we will get you to work on it. We are all stretched, everyone has to produce results, so its harder to make the commitment to someone who may not produce results for a long time. Whilst it’s a really important thing to do, the conflict is with the business model we have because it doesn’t simply allow us to go out and hire a lot of people and hope to hell that we make enough money to actually pay them. That’s the issue.

What do you look for in someone’s portfolio and what to you will make it standout?

I’ve been thinking about this question and I’ve never really consciously gone ‘I’m looking for this, this and this’. It can be quiet different in so many cases where you actually find someone, usually someone who’s starting out and has a couple of things in their bag of tricks that other people might not have. They could still be lacking in other areas, but I always look at people who are coming into the industry or people who haven’t been active in the industry for a long time. This comes from the point of view that they are raw talent and the raw talent shows in a variety of ways, because from a copy point of view you can teach someone to write, but you can’ teach someone to write great copy. It’s a heart felt thing, its an insight that people actually have that makes them stand out from the rest. Every now and then you find someone who’s got that natural talent to find a twist, to find a different perspective on things, now that really stands out to me. The same applies in a visual sense too, the use of visual puns or the use of the simplicity of the work and ideas.

What I hate is people who come in and they try and make things just look like an ad, there’s nothing else behind it. Its great to be able to develop that craft and skills but unless you’ve actually got the raw material to look beyond your technical skills and can say ‘yes I can do these ads, but I want to do something different here, so I did this’ that’s the stuff that gets to me. If I like an idea its because it steps out there and its different, because the world is full of advertising crap and its also why we as an advertising industry are constantly on the back foot to say what we do is valuable.
Frankly if you live your life like its an opportunity everyday and you do some good around the place or you make a contribution you will add value to yourself. I also think there is also a whole generation out there that will reinvent this industry.

Does Jamshop provide any work experience or internship opportunities?

From time to time we do and we do get phone calls from people in the industry recommending people and that if we get a chance we should give them a shot. Something to keep in mind also is that even though all the agencies compete against one another, we still all talk to each other. It’s a very important thing that we can do, it doesn’t actually cost us anything to get someone in, let him or her sit in the agency and work on various jobs. The cost is their cost, but if they can produce something we can sell then we will pay them. Now that may sound a bit unfair or that we are exploiting you, but in fact we’re not, because you get experience that you would never get otherwise. 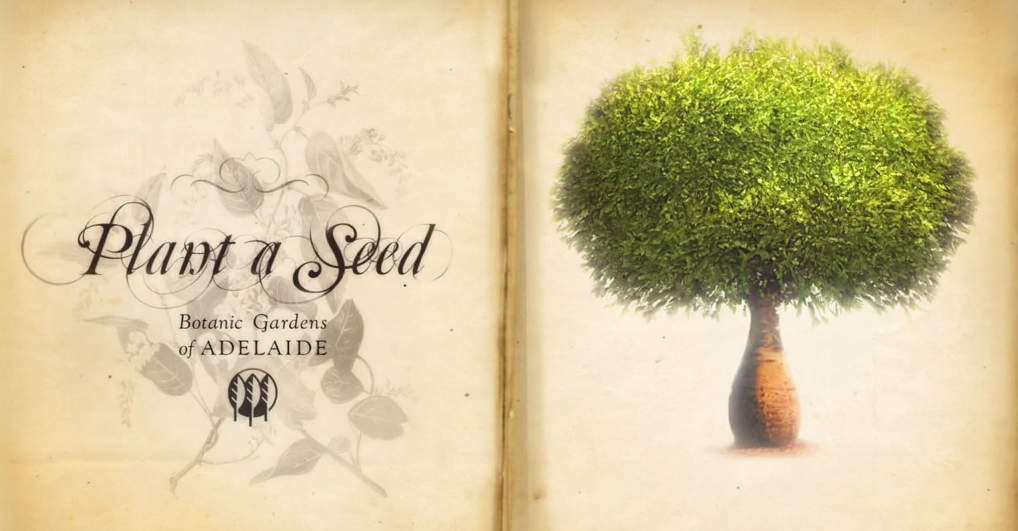 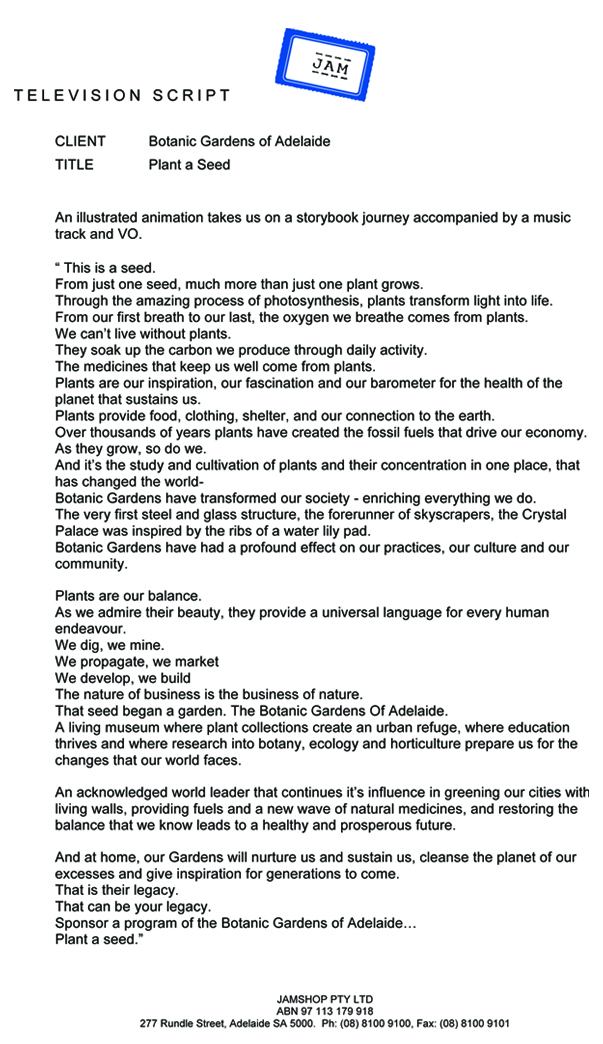 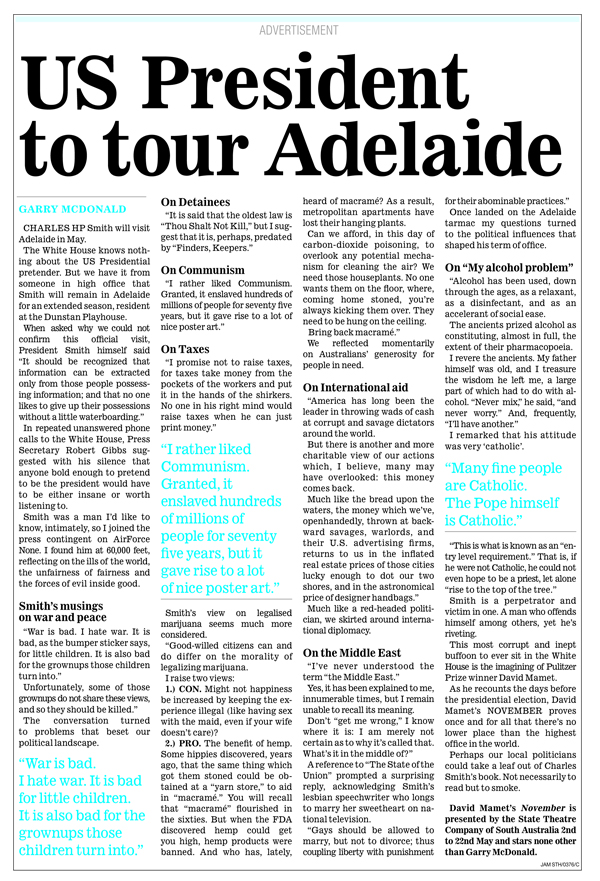